Over the holiday season, I had the luxury of sharing many meals with family and friends, including latkes and apple sauce; Tofurkey and yams; and locally caught shrimp and farm-raised oysters.  In discussing my work, I was asked several times, “But how can you not eat meat and be so passionate about Holistic Planned Grazing?”

Easily. Holistic Planned Grazing promotes reversing climate change, restoring grassland ecosystems, animal welfare, and healthier food.  That Holistic Planned Grazing offers a sustainable meat source is incidental for most ecological purposes, in particular restoring degraded land (notably, 74% of the land in North America).  Such restoration is necessary here and worldwide to avoid the worst impacts of climate change in the near and long term.

Often, dietary choices involve philosophical and ethical questions that can be approached from many perspectives, all of which I respect.  Mine is promoting planetary health and animal welfare – my health is a nice co-benefit. The vegetarian/vegan movement has admirably raised the profile of the horrors (both for the animals and the planet) of industrial animal protein production.  But this is only one part of the picture.

I became a vegetarian in 1992 – a very different culinary and nutritional time. Even in progressive California, finding a health food store sometimes felt like looking for a liquor store in Utah.  Over the past twenty years, I have tried many different diets for environmental reasons – vegan with the exception of fish; complete vegan; lacto-vegetarian; pescatarian.  More than thirty years later, being a vegetarian is mainstream and Whole Foods Market is one of America’s most successful companies.  Currently, I consider myself a semi-pescatarian – I consume dairy products regularly (for health reasons – quite controversial, I know), but seafood only occasionally (about twice a month). 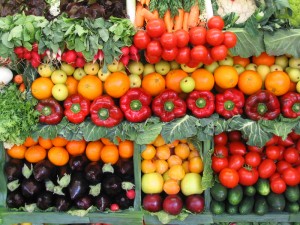 A final note of introduction: I have never been a paragon of nutritional virtue or health.  I drink more coffee than I care to admit, I am fairly sedentary, and I am almost religious about eating dessert.  In fact, health has played an embarrassingly subordinate role in my dietary choices.  But here’s the thing: because I consistently eat a diet that is good for the planet, I eat a diet that is good for my health.  I say all this to emphasize that I understand that changing dietary habits requires herculean effort.

Along this journey, I have learned many things, but all the complexities generally come down to a simple, inclusive concept: Our health depends on the health of the earth, and how we use the earth determines how healthful are the foods we eat.

We have a tendency to vilify individual foods.  Meat is bad!  Fat is bad!  No, wait, it’s carbs – even the good kind!   In reality, it’s the way that we produce and consume food that is the problem, especially when it comes to animal protein.

Health is like everything, including climate change: it’s holistic, a careful interplay of many factors including your genetics, how much you move, your stress level, your environment – and, of course, what you eat.  Just as there is no one rule for health, environmental sustainability requires a holistic perspective.  An everyday rule of thumb is: the less human intervention that happens between my mouth and the soil or the water, the better the food is for the planet and for me and the animals. 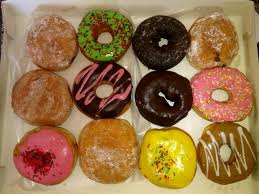 Imagine everything that happens along the food production line from fertilizers, plowing, injections of antibiotics into animals, to added colors.  The problem is that much of what we eat is only a shadow of real food.  Beef is a case-in-point.  Make no mistake, as compared to fully-pastured beef, the steak you encounter at the market is likely just as processed as a piece of white bread.

Beef produced in CAFOs (concentrated animal feed operations) deserves a particularly prominent place in the agricultural hall of shame.  Because cows are eating a diet of grains, which is unnatural to them, they become sick more often and require copious amounts of antibiotics (80% of the antibiotics in the U.S. are used for livestock, including cattle, a public health issue that the FDA is finally addressing).

CAFOs are the equivalent of “concentration camps” for the animals.  These smelly, overcrowded factories are also responsible for air pollution (including greenhouse gases) and water pollution.  If you live in a water-stressed area and consume locally produced beef (such as in the Southwestern U.S.), avoid industrially produced beef because it can require between 5 and 20 times more water than vegetables, cereals, and starchy roots.

Grass-finished beef, i.e., that which has been raised on grass until the last day of its life, has virtually none of these problems (note that almost all factory-farmed beef is “grass-fed” before it is sent to the CAFO for several months of fattening for market, or “finishing”).  First, it has been shown to be of higher nutritional quality, containing more of beneficial fatty acids and a lower Omega 6 to Omega 3 ratio than conventionally raised beef.  It tastes far better (to palates that like meat).  The animals themselves are healthier, thus requiring less, if any, antibiotic treatment.  Grass-finished beef harbors minimal risk of contamination from dangerous bacteria because the animals aren’t confined in tight, crowded conditions.  They also impose less water stress than grain-fed beef.  However, the devil is in the details – much depends on the actual system of grazing. 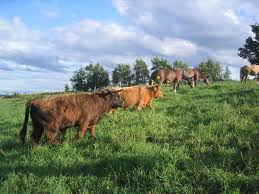 Because Holistic Planned Grazing holds such climate promise, as well as restoring ecosystems, improving the quality of life globally, improving animal welfare and the nutritional quality of meat, and is low-tech, sustainable and very inexpensive to boot, implementing it is practically a moral obligation.

Furthermore, I am under no illusion that the world will become vegetarian – nor should it.  In some countries, such as those in which the Africa Center for Holistic Management works, for subsistence families livestock are central to providing food and money as well as fertilizer to grow crops.  Finally, 1.5 billion people are affected by land degradation every year, making even basic survival difficult.  Crops just do not thrive on degraded and desertified land, period.

In addition, Holistic Planned Grazing can halt the loss approximately 3 million acres of arable land a year.  We are going to need every bit of fertile soil we can muster to feed the growing human population.  The UN Food and Agricultural Organization estimates that by 2050 demand for food worldwide will double and that food production must accordingly increase by 70%.

Finally, land degradation is not simply a problem facing poorer countries; here in North America, we have the highest percentage of degraded land of any continent – at a whopping 74%, much of which is in major agricultural and livestock production areas (no surprise there).  Therefore, Holistic Planned Grazing is not a question of whether or not to eat meat; it’s one of regenerating croplands and grasslands worldwide.  Thus, my choices are not a rebellion against any single food, but rather against a whole system in which we have been held hostage and passively participate like, well, cows in a feedlot.