In September, members of the United Nations will convene a round of climate change negotiations. It’s not hard to guess what is on the table: greenhouse gas emissions reductions. Yet after almost three decades of effort, during which atmospheric carbon concentrations have only gone up, another meeting focused primarily if not exclusively on emissions reductions appears to hold little promise for success.  While emissions reductions are of course essential and we must keep working to end the burning of fossil fuels, we also have to do something else. Something that brings new hope to addressing global warming.  That something is soils.

Biodiversity for a Livable Climate (BLC) seeks to redirect the climate conversation to include large-scale carbon sequestration through ecosystem restoration.  Given that we know that healthy soils have the potential to sequester vast amounts of carbon dioxide, indeed enough to potentially reverse climate change, why haven’t policies seized upon this simple, apparent opportunity?  I have found the following questions helpful:

1.  Have GHG emissions reduction efforts reduced emissions?  Clearly not.  Despite admirable attempts and sincere commitment, climate policies have resulted in little meaningful mitigation of the climate crisis.  Atmospheric concentrations of carbon dioxide have climbed to 400 parts per million (ppm), far above what most scientists agree is the upper bound of a safe level.  Emissions continue rising annually, and all the while disruptions from climate change – in the form of rising temperatures, unpredictable water supplies, widespread drought and more violent storms – are being felt on every continent with ever-increasing frequency and intensity.

2.  Why haven’t efforts to reduce GHG emissions been successful?  The reasons are legion, but they include perceived economic risk, presumed threats to maintaining and improving the quality of life around the globe, and the time needed to effectuate a wholesale restructuring of energy infrastructure and policies.  U.S. EPA’s efforts over the course of the Obama Administration are a case in point.  Not only  have regulatory efforts been besieged by lawsuits and legislative attacks fueled by industry and states, even those willing to comply simply have not had the time or the resources to implement an aggressive GHG reductions framework.  While the Obama Administration has made inroads, it has chosen a path that is necessarily fraught with opposition and constrained by the resources of states and citizens alike.

Even assuming, however, that we could overcome all of the forces that keep us from effectively pursuing a low- or zero-carbon energy system, there is another question to ask:

3.  Would it be enough?  Again the answer is no.  The Intergovernmental Panel on Climate Change has made clear that unless long-term significant reductions in atmospheric concentrations of CO2 occur, we are committed to a future defined by climate disruptions.  Because excess carbon dioxide remains in the atmosphere for decades or centuries, it wreaks havoc on the planet for for a long time.   We must halt the current climate momentum by actively drawing down CO2 and storing it safely in soils.

There is no doubt that GHG emissions reductions are important.  What is objectionable is the steadfast insistence on focusing almost exclusively on GHG emissions reductions.  Expanding our horizons is long overdue when there is a simple, safe, and proven solution to the climate crisis: large-scale soil sequestration of CO2 through ecosystem restoration.  It is well known that healthy ecosystems can sequester and safely store vast amounts of carbon.  We know that each emission of GHGs today commits us to a planet and future defined by all but certain catastrophic climate change.  Conversely, every molecule of CO2 sequestered today through the vast, untapped potential of soils is an investment in a livable planet where humans can thrive. 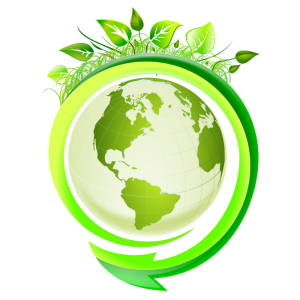 Why then have we failed to undertake this simple solution?  Naysayers have paralyzed the conversation, raising two – ultimately unpersuasive – objections.  Their first objection is that we are unable to predict with absolute certainty how much carbon can be sequestered.  This is a red herring: the potential of the biosphere to sequester carbon is a much more powerful force in mitigating climate change than gradually moving to a low carbon world will ever be in the time frame needed.

Moreover, reducing GHG emissions will only address the status quo, and with positive feedback loops such as melting arctic ice in play, barely that; to reverse climate change and ensure a livable planet, we must remove CO2 from the atmosphere. Naysayers also object because of the uncertainty of the time span in which given amounts of carbon sequestration will occur.  Again, this is a red herring – it’s like rejecting a proven medical cure for a terminal illness because one isn’t sure for how long the treatment will be necessary.

Both of these objections amount to the supposition that perfect knowledge should be required before we take action – that is, the hope that science can and will one day provide us with absolute certainty.  First, at the risk of sounding trite, the most substantiated bodies of scientific evidence are called “theories” exactly because scientific knowledge is continually growing and assumptions about the way the world works are constantly revised.  Second, and more importantly, if we required absolute certainty before taking any action, progress on nearly ever scientific front – ranging from medicine to space exploration – would have been significantly impeded.  The ultimate irony, of course, is requiring certainty about the climate benefits of ecosystem restoration when we know that GHG emissions reductions by themselves are not enough.

Efforts at ecosystem restoration must begin immediately.  Though this will require a herculean effort on all fronts, it is a much more workable solution.  Unlike significant reductions in GHG emissions, worldwide ecosystem restoration will not create the disruptions in daily life implied by a swift shift to a low-carbon global economy requiring vast amounts of new infrastructure for energy and transportation.  If anything, it will only serve to improve the lives of citizens around the globe by enhancing soils and restoring water cycles, thereby creating, among other things, more productive and resilient food production systems.

Adaptation measures are also likely to be discussed this September at the United Nations in New York.  By enhancing food security and improving soils and water cycles, ecosystem restoration can contribute to these measures while also sequestering vast amounts of carbon.  The task before us is clear: what is needed now is to introduce some reality-based sanity into the global climate conversation.